Since 2005 including 2019 a total of $ 760.419,41 has been disbursed to fund the education of fifty-six recipients of the
City of Berlin Scholarship.
Currently twenty-six students are receiving scholarships – two of them from the Berlin based organization Berlin Airlift Foundation. 30 have been able to complete their studies.

Hover over images for more information. 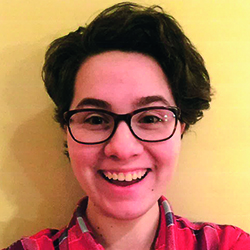 Lindseys father died in 2014 due to severe health problems related to his duty on September, 11. Lindsey started her studies in 2018 at the Marist College in Poughkeepsie, NY. 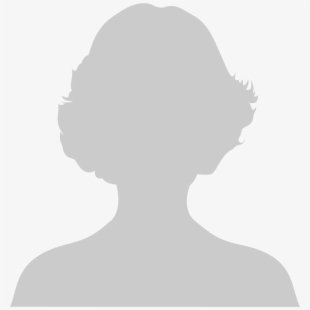 Erin’s father worked at Engine 331, until he was forced to retire due to bad health conditions resulting from his duties on 9/11. Erin started her freshman year in Science Exploration at the Rochester Institute of Technology in May, 2019. 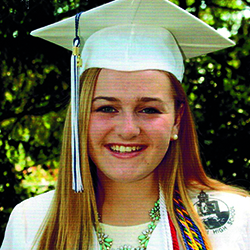 Ryan is the daughter of a firefighter who was forced to retire from service due to respiratory illnesses related to his duties on September 11, 2001. She was admitted to the competitive health science program at Quinnipiac University in Connecticut. She is also a long-time volunteer at the Juvenile Diabetes Research Foundation (JDRF). 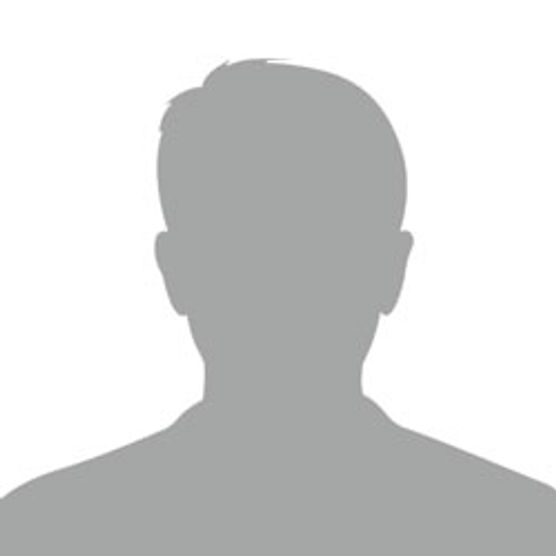 Dominics father was a firefighter at Engine 245 of the New York Fire Department. Dominic started his first semester in a Master’s program at the Tauro Law school, New York in 2019. 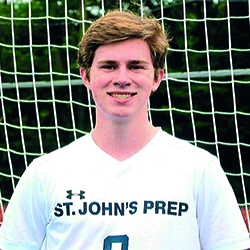 William’s father worked at Ladder 43 until his retirement from service at the New York Fire Department. William started his freshman year in Finance at the Providence College, Rhode Island in August, 2019. 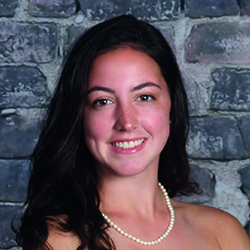 Catherine’s father was a New York firefighter. After the events of 9/11, he was part of rescue, recover and clean-up operations at Engine 238. Catherine started her freshman year in Elementary Education at the University of Maryland in August, 2019. 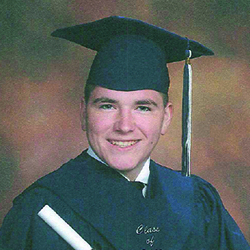 Kevin’s father, an FDNY paramedic, was deployed to the World Trade Center on September 11th. In the years since 9/11, he has developed a number of debilitating health conditions related to the deployment. 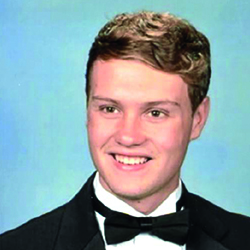 Sean’s father had already been working for hours when the World Trade Center was attacked. He was sent to the scene and continued to work there for the next three days. Due to health problem related to this work, he had to retire early. Sean is studying mechanical engineering at the University of New Hampshire and plans to graduate in with a master’s degree. 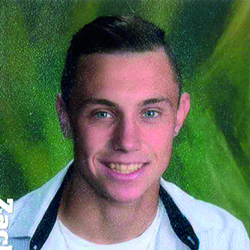 Zachary's father was working for FDNY for 27 years before he was forced to retire in 2016 due to health related problems from injuries stained on September, 11, 2001. Zachary is a freshman in criminal justice at Molloy College, NY. 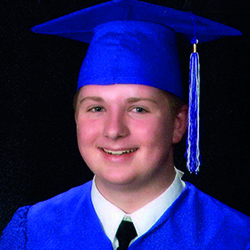 Thomas' father was present at the WTC first arriving on the next day after the attacks and present for multiple days thereafter in the first month until February 2002. In 2014, after 24 years working at the New York Fire Department he was forced in to retirement. Thomas is studying in the field of finances Bentley University, MA 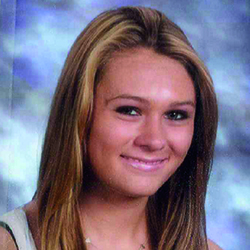 Kerrin’s father worked as a firefighter at the New York City Fire Department until 2007, when he had to retire due to the work he did after 9/11. Kerrin is currently School Psychology in a Master’s program at the Appalachian State University. 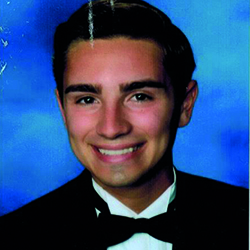 Two of Kenny Haskell’s uncles were killed on September 11th and his father, who was also a firefighter deployed as the site, suffered long term debilitating health effects as a result of his work there. He was force to take early retirement in 2016. Kenny is studying neuroscience at the University of Delaware and hopes to become a physician. 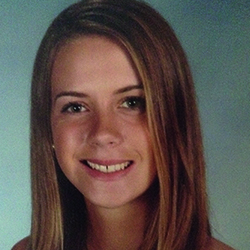 Jillian’s father was deployed to the WTC site on 9/11. Arriving after the towers had already collapsed, he spent the following weeks at the site in rescue and recovery operations. Since 2014, he has been permanently disabled as a result of his work at ground zero. Jillian is studying at Wagner College in Staten Island to become a physician’s assistant. 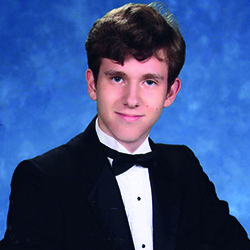 Erik’s father was a fireman at the NYFD, ladder 131. He was forced to retire, shortly after the events of 9/11. Erik started his freshman year at the University of Notre Dame, Indiana in Summer of 2019 studying Psychology and Economics. 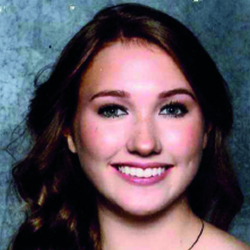 Kirsten’s father was deployed to the World Trade Center on 9/11. In 2003 he was forced to accept early retirement to due to psychological after-effects resulting from his deployment. Kirsten, who sang at the official ceremony commemorating the 15th anniversary of the attacks is studying Theater at Wagner College in Staten Island. 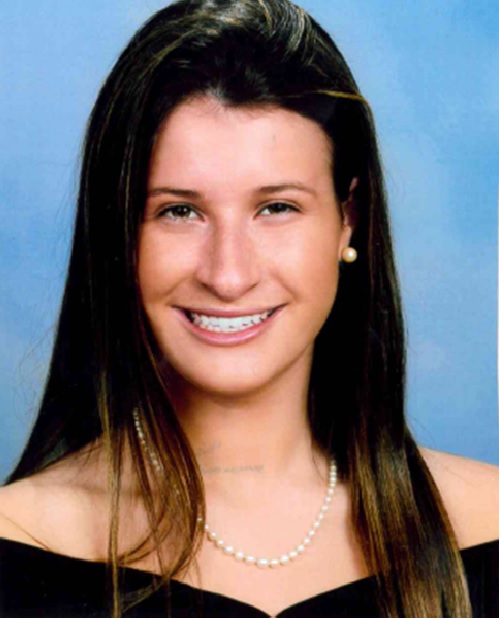 Gabrielle's father was supposed to work the morning of September, 11, 2001. But he switched shifts with one of his collegues. Gabrielle's father immediately began working in rescue efforts at the World Trade Center site. Due to severe health problems caused by his work, he was eventually forced to retire early from his duty as a fireman. Gabrielle currently studies at Trinity College in Hartford, Connecticut. Her scholarship is generously supported by the Stiftung Luftbrückendank. 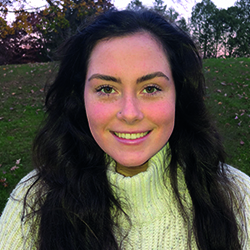 Kane's father is suffering from several illnesses since he was on duty that horrific Tuesday in September 2001 and received an Accident Disability Retirement later on. Kane lost two uncles who also have been New York Firefighters as the towers collapsed. Kane is a freshman in history at Marist College, NY. 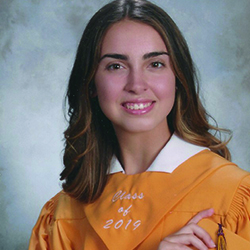 Taylor’s father was stationed at Ladder 28 of the New York Fire Department. Shortly after the events of 9/11, he rushed into the city and helped with rescue and recovery efforts during his service. Taylor just started her freshman year at the University of Tampa in 2019, graduating with a Bachelor degree in Film and Media Arts. 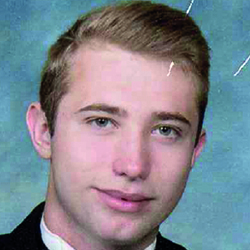 The fire house in which Jon’s father was serving on September 11, 2001, was the second in Manhattan to receive the emergency call. Due to the psychological burdens related to his deployment Jon’s father was declared unfit for duty and put on early retirement soon after the attacks. John is studying International Business at Fordham University, NY. 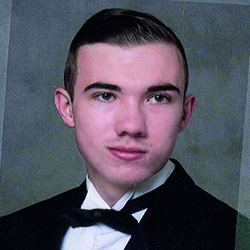 Justin’s father worked as a New York firefighter at Engine 248 several days after 9/11, resulting in going off this job a few years later. Justin studies Accounting and started his Sophomore year in May, 2019 at the Sacred Heart University, Connecticut. 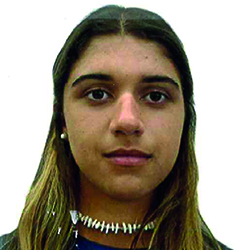 Arianna’s father was a New York fireman, working at ladder 166 until he was announced unfit for fire duty. Arianna started her freshman year in Nursing at the Quinnipac University, Connecticut in summer 2019. 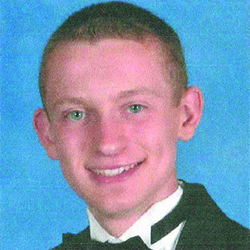 Joseph’s father was declared unfit for duty in early 2013 as a result of a variety of ailments caused by his deployment on September 11 and the days and weeks that followed. Joseph now studies computer science at Boston College, MA. 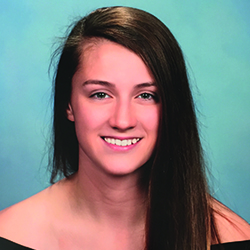 Allison's father was a lieutenant in the New York Fire Department and was actively involved in rescue and recovery operations at Ground Zero. He has been unable to work since 2011. The scholarship is helping to fund Allison's studies in social media communications at the University of North Florida. 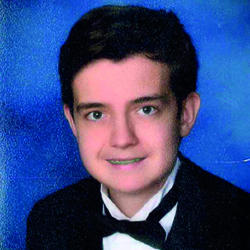 William's father was a lieutenant in the New York Fire Department and was actively involved in rescue and recovery operations at Ground Zero. OHe has been unable to work since 2011 as a result of long-term damage suffered in the days after the attacks. William is studying communications at Quinnipiac University, CT. 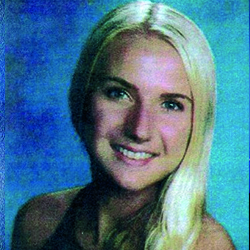 Mackenzie's father was a New York firefighter whose health was seriously compromised following his duty on September 11th and the days that followed. He was granted early retirement in 2013. Mackenzie is studying at Syracuse University, NY.

• Brigitte A. Sykes (CBS 2015-2017)
Brigitte graduated from Binghamton University with a bachelor’s degree in Political Science and than attended Brooklyn Law School.

• Emma E. Sykes (CBS 2015-2017)
Emma earned a bachelor's degree in Geography from the SUNY Geneseo and after this her master in Environmental and Ressource Management at Binghamton University.

• Justine E. Brancato (CBS 2010-2014)
Justine used the City of Berlin Scholarship to fund her Master’s degrees in Special Education and Psychology, which she earned in a five-year program at the College of New Jersey.

• Thomas J. Carroll (CBS 2006-2011)
Thomas studied at Loyola University in Chicago and transferred to Fordham University in New York. He graduated with a bachelor‘s degree.

• John F. Dermody (CBS 2006-2012)
John attended Ulster County Community College in Stone Ridge NY, where he earned his Associate of Arts Degree. He then transferred to the University of California at San Diego, from which he graduated with a bachelor‘s degree.

• Maureen L. McCluskey (CBS 2007-2014)
Maureen began her studies at Franklin & Marshall College in Lancaster, Pennsylvania where she was awarded her B.A. with honors in government. Afterwards she studied Law at the University of Notre Dame in Notre Dame, Indiana.

• Joseph P. McGovern (CBS 2007-2009)
Joseph graduated with Honors from the University of Delaware in Newark, DE with a B. A. in his double major, Accounting and Finance.

• Joseph A. Pisicolo (CBS 2012-2016)
Joseph studied at the reknowned Cornell University and completed Pre-Law Studies at the School of Industrial and Labor Relations.