This past weekend’s virtual film festival for the month of April hosted by New Filmmakers Los Angeles featured a screening of Benjamin Schindler’s experimental documentary “Playland USA” and a Q&A session with the German director. The documentary will also serve as the basis for discussion at the upcoming symposium “Welcome to our World” initiated by Benjamin Schindler and aided by the Checkpoint Charlie Foundation. Our intern Jens Evers was there online. Here are his impressions.
“Playland USA” presents American history along the lines of fact and fiction, as well as stage and real life. These lines are increasingly blurred and reenactment, imagination and reality become intertwined.
The documentary was filmed at a variety of sites. These are often sites of re-presentation or reenactment of history. The colors, effects and transitions are what characterizes the film that evolves around key events such as the first settlement, the declaration of Independence and the first landing on the moon. Recurring themes are expansion, progress, hope, ‘The American Dream’ and values. ‘Playland USA’ exclusively makes use of footage shot by Schindler and his team in 2012, and, in most parts, in 2017 during an eight-week travel through the United States. Benjamin Schindler wanted the film to reflect the movie world and American popular culture and how people live in their own world – a sort of dream world. The background for the development of the script, he told the audience, was the question of how the United States turned into a movie nation and a place of illusion and myth. The goal for him and his team was to create a documentary that would slowly drift away from reality. The filmmaker interviewed numerous people who shared their very own perspective on life and reality. The viewer, however, is confronted with these worldviews without commentary or filter. Schindler wanted to give his audience a chance to interpret and evaluate without guidance and contextualization, he explained.
While it is the experimental and alternative style that makes “Playland USA” so intriguing, it is also what made acquiring funds quite difficult for the team. Schindler stressed the difficulties of finding support for an experimental film that defies genre categorizations. Nonetheless, German public broadcasting would eventually fund the project that, in total, took seven years of planning, filming and editing until its first screening. Schindler emphasized the importance of seeing the world through “cinematic glasses” as the foundation of working on a project like this. 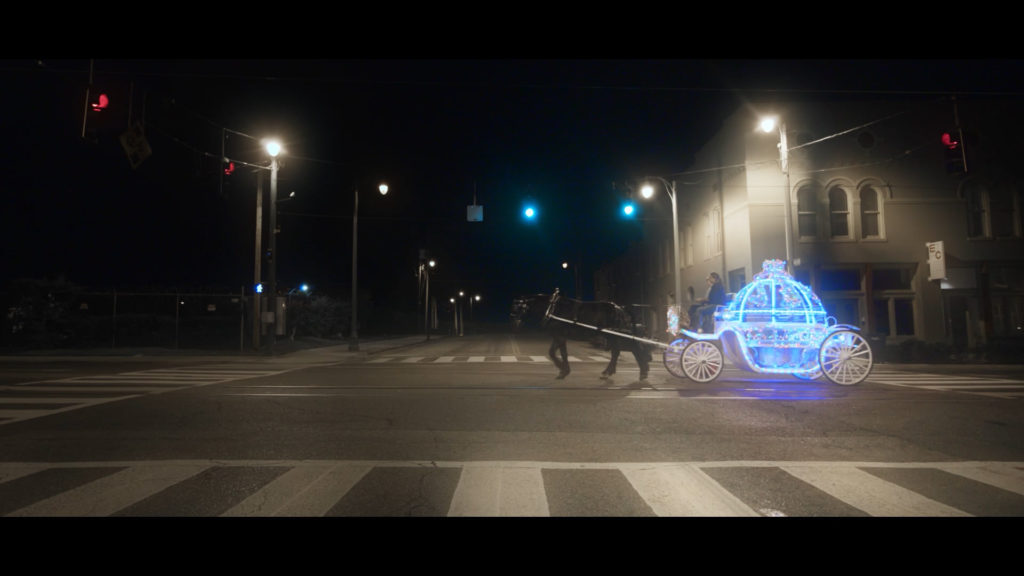