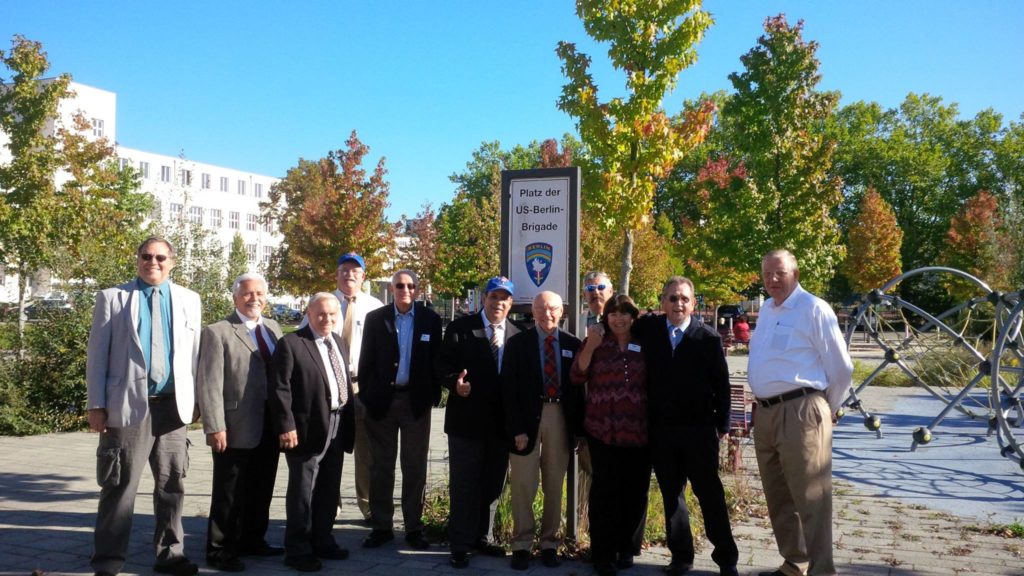 The 2015 delegation visits their former barracks.

A one-week “welcome home” visit to reunified Berlin, designed for 12 U.S. military veterans who preserved West Berlin’s freedom and security between 1945 and 1994.

The WELCOME HOME TO BERLIN program was initiated in 2008 as a tribute to U.S. military service in Berlin (West), commemorating the 60th anniversary of the Berlin Airlift. Working closely with our American partner, the Berlin U.S. Military Veterans’ Association (BUSMVA), the Checkpoint Charlie Foundation endeavors to honor and remember those who risked their lives to protect Berlin’s freedom in the days of the Cold War. At the same time, the program serves to illustrate how much the city has developed since the fall of the wall, displaying economic growth, human creativity and metropolitan charm. 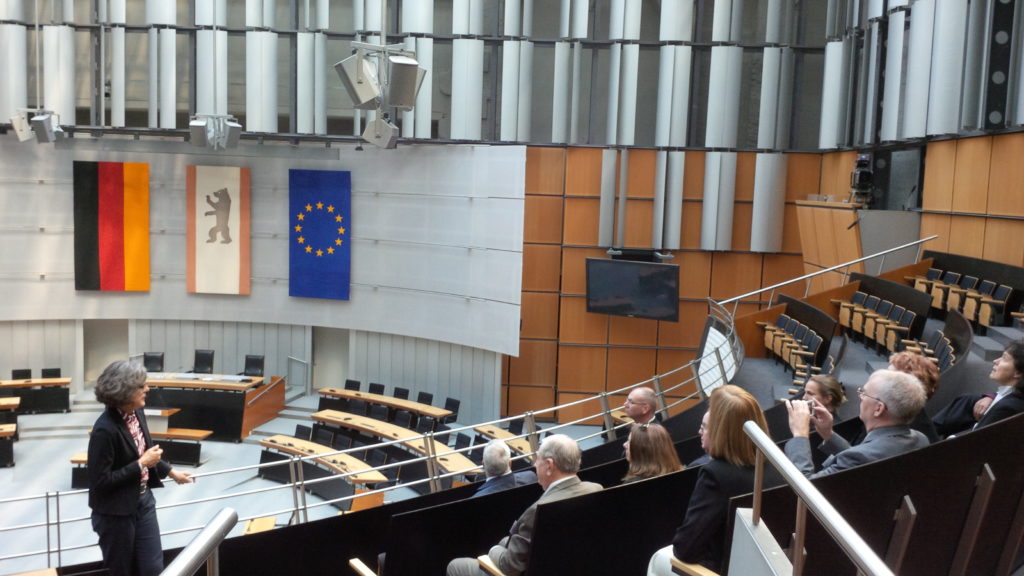 The group visits political institutions, such as the Berlin Legislature, shown here.

The weeklong program includes visits to historic sites in and around Berlin, some of which played a significant role in the history of Allied Berlin, such as Checkpoint Charlie, the German-Russian Museum, Tempelhof Airport, and former U.S. barracks along Clayallee. These are complimented by official visits to places like the Embassy of the United States, the Berlin legislature and the Bundeswehr’s Julius-Leber-Barracks, which allow our American guests to meet with present-day decision-makers, such as the U.S. ambassador, the President of the Berlin Parliament, or various Bundeswehr officers. Participants also visit Berlin high schools to talk about their Cold War experiences with Berlin students.

All applications must be sent to the BUSMVA board, which conducts the screening and evaluation process — applying early is to your advantage, as participation is limited to 12 individuals. 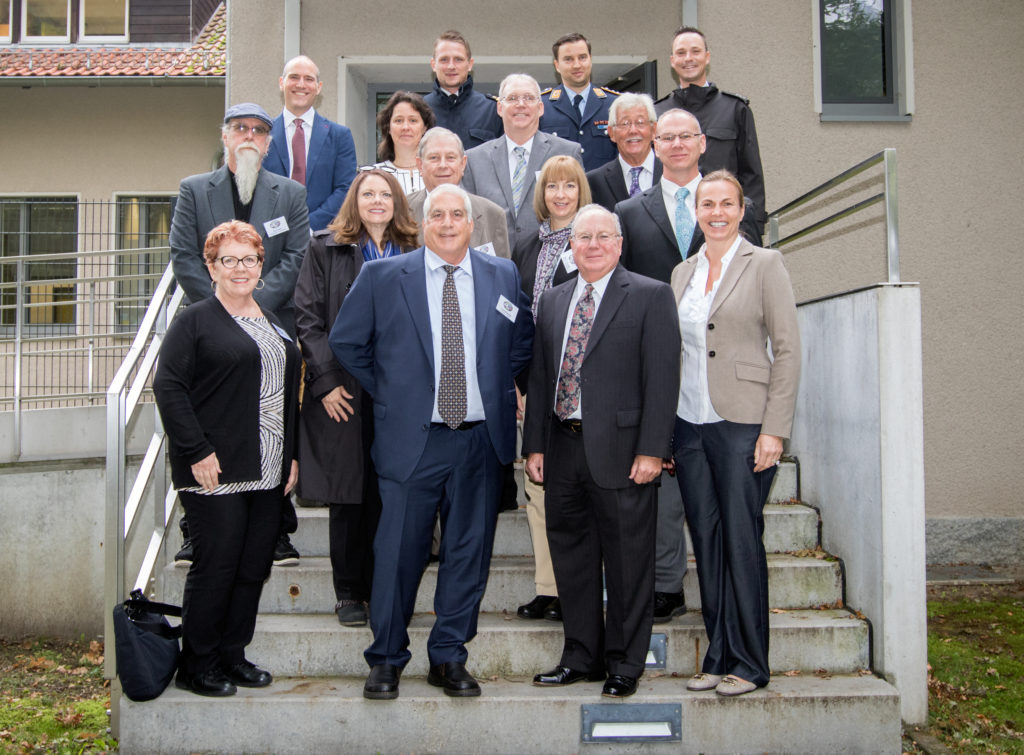 An encounter with the German Bundeswehr (Military) is also often part of the program. The 2017 at the Joint Forces Operations Command in Potsdam.

If you are a US veteran who was stationed in Berlin between 1945 and 1994 and you would like to participate in this program, please contact: